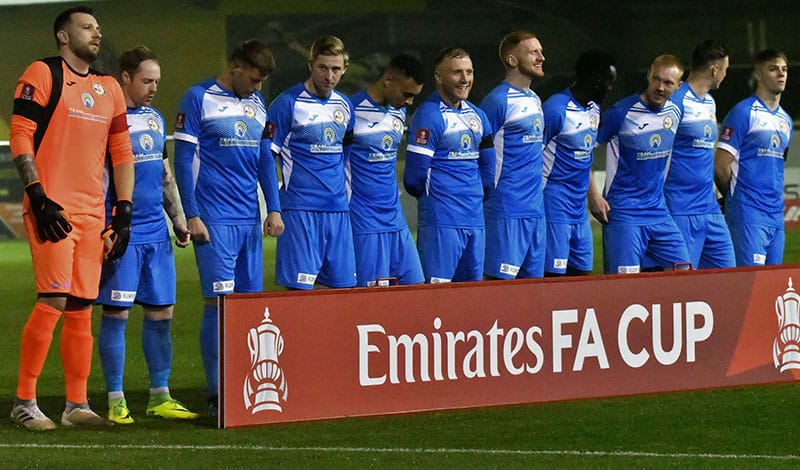 As part of the deal, Federal Management’s logo will appear on Skelmersdale United’s kit on their shorts. As well as the kit sponsorship, FM has also agreed to purchase a defibrillator for the club to help ensure player safety in light of the recent Christian Eriksen situation. The Danish International midfielder suffered a cardiac arrest during their game against Finland in the UEFA European Football Championships.

The sponsorship deal begins with immediate effect and will run for the duration of the season. It is not the first time Federal Management have agreed on a sponsorship deal with championship club Preston North End.

Ross Hooton, Marketing Manager commented “We are delighted to be able to support Skelmersdale United in their efforts for the forthcoming season. We had been looking at opportunities with various Football Clubs across the UK including a Premiership football club that wanted to partner with us.”

“After a great deal of deliberation, we recognised that grass-root Football clubs have been hit the hardest during the pandemic. As our Head Office is based in Skelmersdale, it was a logical choice to support the Towns football club and put something back into the local community.”

Ross continued “As well as our kit sponsorship, we wanted to help the club in purchasing a defibrillator. The safety and well being of the players is of paramount importance. Whilst we hope the Defibrillator is never actively needed, it serves a purpose for both the safety of the players and fans.”

Skelmersdale United play in the Premier Division of the North West Counties Football league which is part of the English Football league pyramid system. They have reached the FA Cup on numerous occasions. The North West Counties Premier Division will see Skelmersdale face clubs like the newly formed Macclesfield FC and the famous Northwich Victoria.

They famously played in front of 75,000 fans at Wembley against Enfield in the FA Amateur Cup Final. At the time it was a record for the highest attendance for a game other than a major final or international game.

As well as providing financial assistance in terms of sponsorship, Federal Management has supported a number of Football clubs across the UK by way of providing Debt Recovery services. The Football Industry has been hit hard by the recent pandemic and the value of Professional Debt Recovery for the football sector has never been more important.

If you need help with the Recovery of Debt, our friendly team of Debt Collection Experts is happy to help you today,